To fully understand the broad range of symptoms that can be seen in "adrenal fatigue" we must first remember that we are talking about fatigue of multiple systems. If you are going through this series of articles in order, you will have seen that the homeostasis systems page describes the different homeostasis regulatory systems are all affected by stress, and that may be affected to the point that it results in a fatigue disorder. Keeping that point in mind, we can realize that signs and symptoms of fatigue disorders may be due to and imbalance (or allostasis) in any one or more of the different homeostasis regulatory systems. 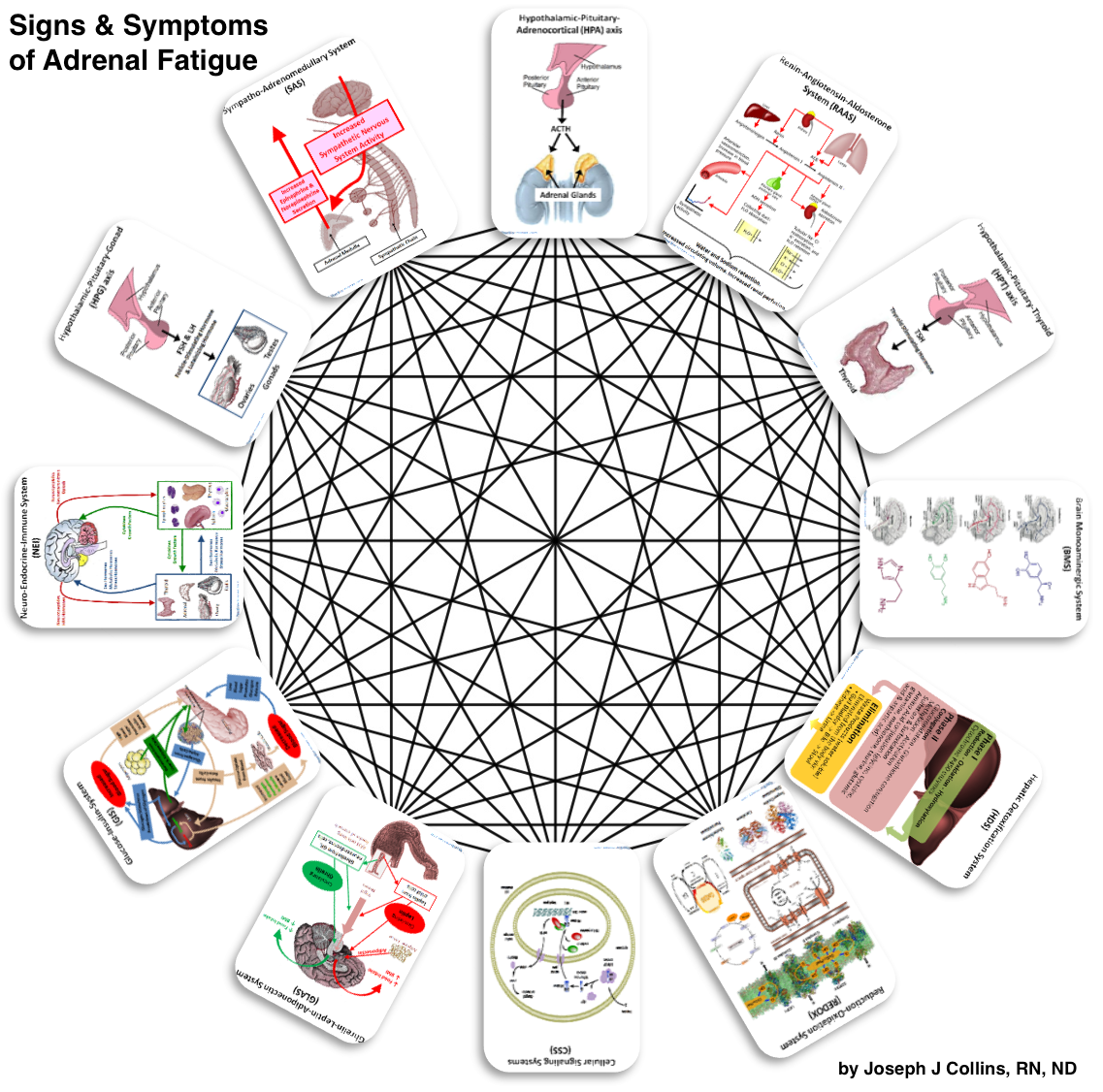 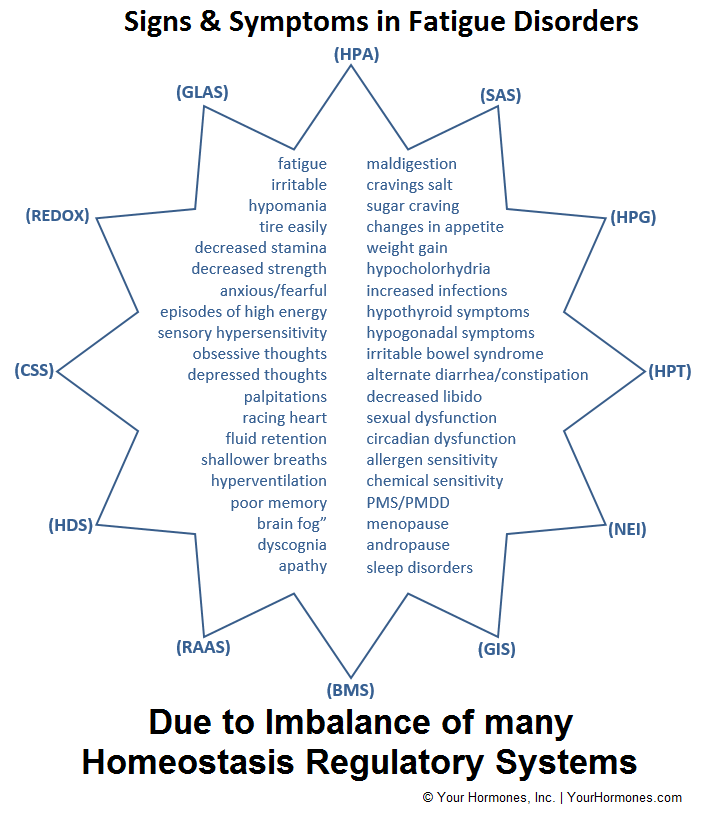 Since fatigue is a symptom that occurs with allostasis in any one of the homeostasis regulatory systems. As noted, one of the first things that experienced clinicians realize when they are treating patients with fatigue disorders is that it’s not just adrenal fatigue. In fact, the symptoms that have been associated with adrenal fatigue are common in most chronic conditions, as well as many acute conditions in which the body cannot adapt to the acute stressor. What we have been seeing is multiple systems being affected by stress. This is what Dr Hans Selye called generalized adaption syndrome, which we recognize as fatigue disorders. These fatigue related symptoms are usually due to more than one of the homeostasis regulatory systems being imbalanced, and in allostasis. In a majority of cases, that the symptoms in fatigue disorders are due to multiple causes.

Treating the Multiple Causes of Symptoms
In fatigue disorders, multiples systems are no longer in homeostasis. The body is trying to adapt to the stressors and the systems end up in varying states of allostasis. Lifestyle changes such as proper diet, rest, hydration, and basic nutritional support are the first step to restoring homeostasis. These fundamental points are discussed in detail in the Foundations of Hormone Health article, which part of the Hormone Health series of articles. After addressing the fundamental points, the next consideration is to use herbal therapies that help the body adapt to stress.

Next: Learn more about Adaptogenic Herbs

Copyright © 1999 - 2020 Your Hormones, Inc. All rights Reserved.
Statements regarding products and services on this site have not been evaluted by the Food and Drug Administration
and are not intended to diagnose, treat, cure, or prevent disease.
The content is the opinion of the authors and does not represent the opinion of any party.
See Terms of Service and California Proposition 65.