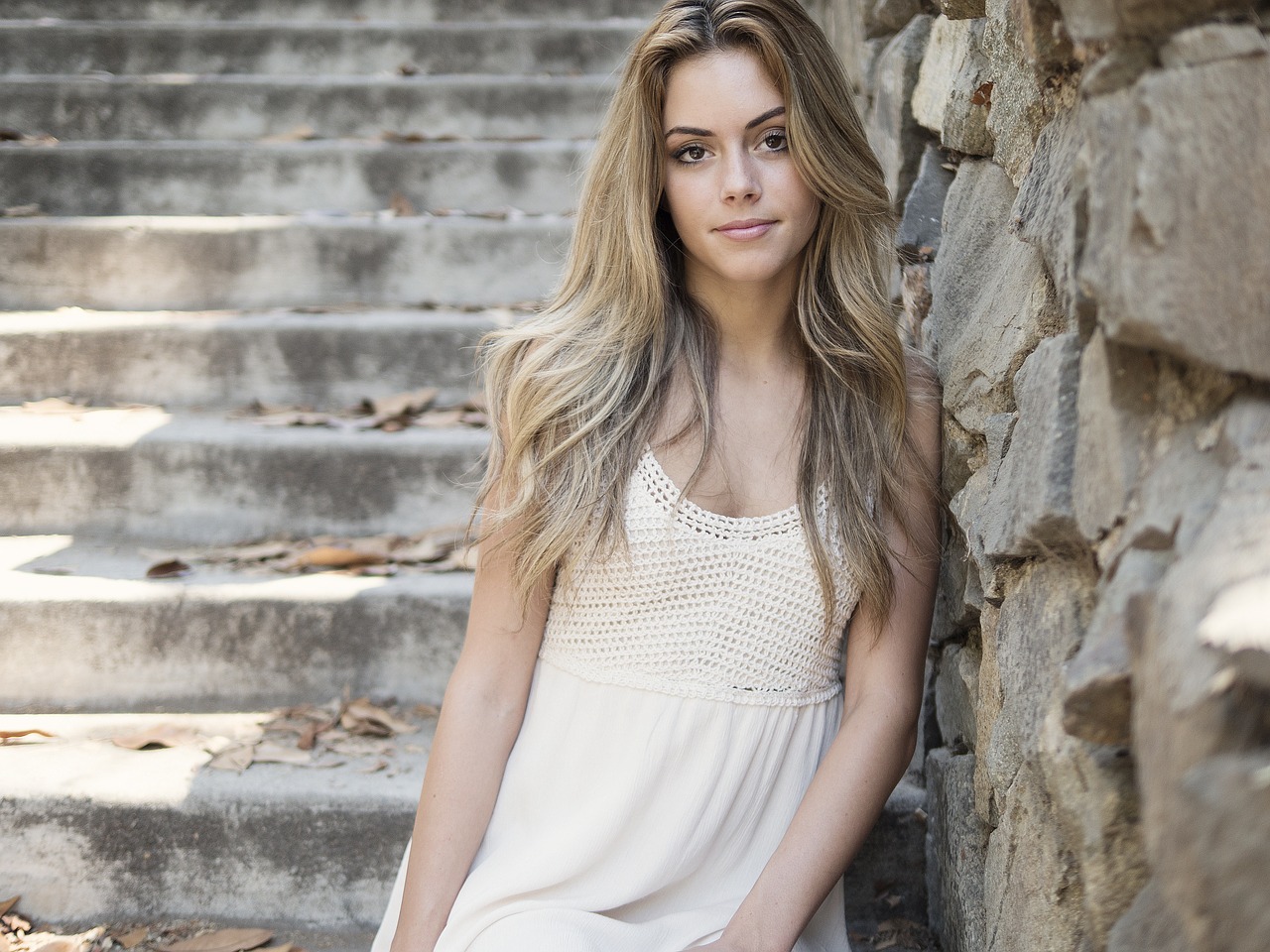 Defining and Diagnosing PMS and PMDD

Most women have at least one premenstrual symptom. It may be mild cramping telling that the menses is about to occur, or a small amount of abdominal bloating before the menses. But women who experience Premenstrual Syndrome (PMS) and Premenstrual Dysphoric Disorder (PMDD) have more than one or two slight symptoms. The symptoms are severe enough to effect the quality of their lives, sometimes to the point that they have to miss at school or a day at work.

The Menstrual Cycle
There are a number of different hormone imbalances that can cause premenstrual syndrome (PMS) or the more severe form of PMS, which is called “Premenstrual Dysphoric Disorder” (PMDD). To better understand the different causes of premenstrual symptoms, we need to first be aware of what the hormones are doing during the three different parts of the monthly cycle.
The follicular phase is first part of the menstrual. The first day of menstrual bleeding is the start of the follicular cycle. During this phase the major hormones - estradiol, progesterone and testosterone – are all at their baseline. It is important to note that all three of the major sex hormones (estradiol, progesterone and testosterone) are involved in the normal menstrual cycle.
The ovulatory phase is also called the midcyle phase. At this time estradiol levels increase significantly for a few days. The estradiol levels will then drop from the spike, but will stay a little higher than the follicular phase levels for the rest of the cycle. Progesterone levels will start to rise, but will not be as high as they will be during the luteal phase. There is also a spike of testosterone during the midcyle phase, and testosterone levels will also stay a little higher than the follicular phase levels for the rest of the cycle.
The luteal phase is the last part of the monthly cycle. In the luteal phase, progesterone levels become much higher and stay higher until the next menses. During the luteal phase estradiol and testosterone levels are higher than they were in the follicular phase, but not as high as they had been in the midcyle (ovulatory) phase.

Notice that even though the levels of hormones change during different parts of the cycle, estradiol, progesterone and testosterone are all involved throughout the entire cycle. If the levels of these hormones are imbalanced in any part of the cycle, then there can be different symptoms of Premenstrual Syndrome (PMS) or Premenstrual Dysphoric Disorder (PMDD). The average menstrual cycle length is 28 days. The luteal phase is typically about 14 days, while the follicular phase tends to show much more variability, and may become shorter with age, such as about 14 days in women aged 18 to 24 and about 10 days in women aged 40 to 44.

Defining PMS and PMDD
Before we get into the hormones, let’s do quick review of PMS and PMDD.
PMS is a multifaceted combination of physical and emotional changes, including depression, irritability, appetite changes, bloating, water retention, breast soreness, and changes in muscular coordination. These signs and symptoms may be experienced in the several days before the onset of menstrual flow. The word syndrome means a combination signs and symptoms that occur together and are characteristic of a certain condition. Since the signs and symptoms occur together before the menses they are called the premenstrual syndrome.
In contrast to a “syndrome”, the word “disorder” means a condition that is not healthy. A “disorder” is worse than a “syndrome”, but not yet fully classified as a “disease”. To better understand PMDD, first remember that when someone feels really good, happy about everything and excited about life, they are described as “euphoric”, which can be defined as “intensely happy or confident; a feeling of elation”. Now, consider the exact opposite of that – dysphoric is intense anxiety, depression, dissatisfaction and restlessness. In PMDD the signs and symptoms are so severe that they interfere with work, school, usual social activities, or relationships with others.
So, premenstrual symptoms can be classified based upon the severity of symptoms – is it PMS or PMDD? This differentiation based on severity may help some with personalizing the approach to treating premenstrual symptoms. However, recognizing which hormone imbalance is causing the symptoms will make it easier to personalize the treatment. Before addressing specific hormone imbalances, it’s good to know how PMS or PMDD are each diagnosed.

How PMS is Diagnosed
The diagnosis of PMS is based on certain criteria from the American College of Obstetricians and Gynecologists (ACOG). For a woman to have a diagnosis of PMS the following must be present:

A. Patient reports one or more of the following MOOD SYMPTOMS and PHYSICAL SYMPTOMS during 5 days before menses in each of three prior menstrual cycles:
MOOD SYMPTOMS: Depression; Angry outbursts; Anxiety; Irritability; Confusion; Social withdrawal
PHYSICAL SYMPTOMS: Breast tenderness; Abdominal bloating; Headache; Swelling of extremities
B. Symptoms are gone within 4 days of menses onset without recurrence until at least day 13 of menstrual cycle
C. Symptoms are present without the use of any pharmacologic therapy, hormone ingestion or drug or alcohol abuse
D. Symptoms occur reproducibly during 2 cycles of prospective recording
E. Patient suffers from identifiable dysfunction in social or economic performance

If a woman has any of those mood or physical symptoms, but they only start during 5 days before the menses and are gone with 4 days after the menses starts, she probably has PMS. However, for the diagnosis, she cannot be taking any medications, hormones, and not be abusing alcohol or drugs, and the symptoms occur for at least two cycles. In addition, the symptoms must have a social impact such as conflicts with or avoidance of people, or have an economic impact, such as missed days a work. The diagnosis is a bit more complex than just haveing a small amount of premenstrual cramping.
However, Premenstrual Syndrome (PMS) is a common disorder that is experienced by up to 50% of women during reproductive age. While earlier some research says that PMDD occurs in about 8% of women [34], another study of almost 1400 females between the age of 14 and 19 showed that about 99.5 % of the students reported at least one premenstrual symptom. Of these, 66.3% was mild, 31.4% moderate and 2.3% severe. A total of 814 girls (59%) met the diagnostic criteria for premenstrual dysphoric disorder (PMDD). Most frequently reported symptoms were back pain, lethargy, fatigue and anxiety.

How PMDD is Diagnosed
According to diagnostic criteria, the difference between PMS and PMDD is that the mood, mental and behavior symptoms in PMDD are severe enough to have a DSM5 diagnosis. DSM is the Diagnostic and Statistical Manual of Mental Disorders. In PMDD the mood disorders are severe enough to have a detrimental effect on a woman’s ability to function.
Women with PMDD typically already have a diagnosis of PMS – they already have the symptoms mentioned in the previous article on how PMS is diagnosed. To have a diagnosis of PMDD according to DSM5 the following criteria have to be met:

B. The disturbances interferes with work, school, usual social activities, or relationships with others.
C. The disturbances are not an exacerbation of another disorder; such as another depressive disorder or panic disorder.
D. Criteria must be confirmed using a prospective daily rating scale during at least two consecutive symptomatic cycles. (The diagnosis may be made provisionally prior to this confirmation.)

Concerns About the DSM5 Diagnostic Criteria of PMDD
Some of the concerns about PMDD having a DSM5 diagnosis is that what is essentially an imbalance of a normal physiological process is being lumped into the category of psychological disorders. There is concern that there may be over diagnosing of "mental illness".

We should keep in mind that any chronically recurrent cluster of symptoms has the potential to cause anxiety, depression, sadness, anger and irritability. So the suffix "Dysphoric Disorder" (DD) should be added to every disease, disorder or imbalance. If that was the case, then men experiencing depressive moods, anxiety, sadness, anger and irritability should have a DSM5 diagnosis for "Andropause Dysphoric Disorder". But that is not the case.

Another concern is that approaching PMDD as a psychiatric disorder may direct attention away from needed research to fully understand the physiology behind this more severe form of PMS. While much attention has been given to hormonal imbalances associated with both PMS and PMDD, other homeostasis regulatory systems may also be involved, such the NEI (neuro-endocrine-immune) system, which controls systemic inflammation, and involves how the nervous system, endocrine system and immune system are dynamically interrelated.

The Value and Limitations of Diagnoses
While diagnoses are valuable to give us a frame of reference and a common language, one of the limitations of diagnoses is that they can de-emphasize biochemical individuality. At this time, the ACOG diagnostic criteria for PMS, and the DSM5 diagnostic criteria do not include differentiations which recognize that there are different hormone imbalances that cause different types of PMS and PMDD. There is significant variation in how women experience PMS and PMDD, which is in part due to different hormone imbalances.

These different hormone imbalances will be addressed soon, but first I wanted to share a case of severe PMDD.