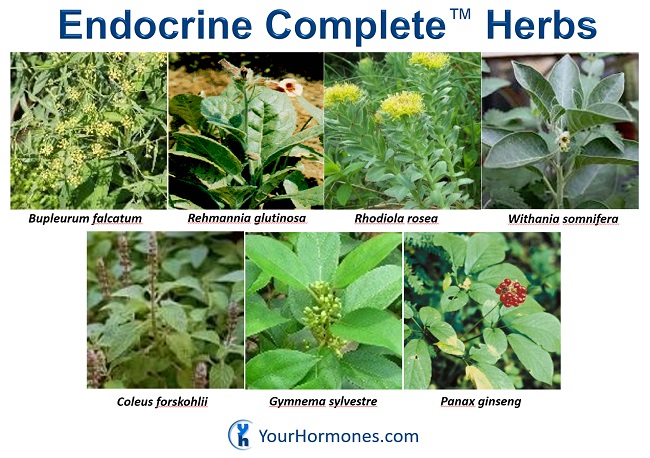 Gymnema sylvestre is beneficial for both preserving and restoring beta-cell function. The antiobesity effect of Gymnema sylvestre has been attributed to its ability to reduce elevated leptin levels, thereby remediating leptin resistance, in high fat diet (HFD)-induced obesity.

Back to About Endocrine Complete™

Copyright © 1999 - 2020 Your Hormones, Inc. All rights Reserved.
Statements regarding products and services on this site have not been evaluted by the Food and Drug Administration
and are not intended to diagnose, treat, cure, or prevent disease.
The content is the opinion of the authors and does not represent the opinion of any party.
See Terms of Service and California Proposition 65.