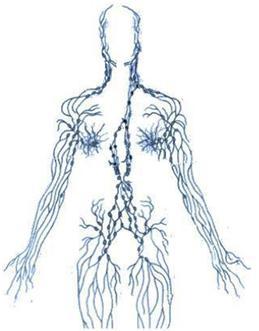 The widespread and excessive use of progesterone creams of the 1990's revealed something that was quite troubling. Women were told to apply the cream to their breast so they would have fuller and firmer breasts. It immediately raised concern in some of us who realized that increased breast density due to hormones is associated with increased risk of breast cancer. The problem with too much progesterone in breast tissue is that it increases IGF1, a hormone that can stimulate tumor growth in breasts. Unfortunately, the “fuller and firmer breasts” campaign continued until more and more women started complaining of breast pain. At first these women were told that it meant they needed more progesterone on their breasts (not a proud moment for holistic medicine).

Eventually the “fuller and firmer breasts” campaign was phased out, and applying it on breasts was no longer encouraged.

What did we learn from this? We learned that breasts were sensitive to hormones. Actually most clinicians knew that breast tissue was sensitive to hormones, but thought that only estrogen (and toxic metabolites of estrogen) was a problem – some knew about testosterone. The adverse affect of progesterone should not have come as surprise because premenstrual mastalgia (breast pain when progesterone levels are high) has been recognized for years.

As much as we are all concerned about the role that excessive (toxic metabolites of) estrogens play in breast cancer, we have never seen broad promotion of telling women to rub estrogen on their breasts to make them fuller and firmer. Those experienced in endocrinology are probably now pondering the fact that testosterone can be converted to estrogen in breast tissue (a process called autocrine).

So, we can all agree that breast tissue is sensitive to hormones. And likewise, we should all agree that it is not a good idea to rub hormones into breast tissue. Now consider this: breast tissue shares the same lymphatic drainage system that drains the arms, neck and head. Do hormones applied to the arms have a stronger impact on breast tissue? Absolutely! When women were advised to start only applying hormones below the belly button – in the lower half of the lymphatic system – they had with no return of hot flashes, night sweats, vaginal dryness or other symptoms of low hormones – but some did complain that their breasts were not as full. That complaint changed to thanks after they were reminded about breast density and cancer risks – as discussed above.

In looking at the illustration of the lymphatic system, we can see that the right breast only shares lymphatic drainage with the right arm, neck and right side of the head. The left breast however, has to compete with the chest and upper abdomen, as well as the left arm, neck and left side of the head. At this point it is important to note that the lymphatic fluid from the lower body is dumped into the circulatory system near the base of the neck – where the left subclavian and internal jugular veins connect. It does not flow down the left arm and into the left breast.

None-the-less, there is no doubt that the right breast gets better lymphatic drainage. The fact that the left breast is statistically slightly larger than the right breast may be due to the fact that the left breast has to compete for drainage of lymphatic tissue – even if that competition is only slight.  This asymmetry reflects differences in the sensitivity of the mammary glands to hormonal stimulation [1], which may be due to the difference in lymphatic drainage.

Knowing these things about lymphatic drainage of the left breast, we should not be surprised to learn that breast cancer is more likely to be diagnosed in the left breast. [1-9]

And if breast cancer is more likely to happen in breast tissue with relatively mild lymphatic congestion, do we really want to be placing hormones in the upper body? Keep in mind that the lymphatic fluid from the lower body is dumped into the circulatory system near the base of the neck – where the left subclavian and internal jugular veins connect. It does not flow down the left arm and into the left breast. None-the-less, the breasts still have to struggle with competing with the arm, neck and head for lymphatic outflow. Again, when women switched from upper body application to lower they had less breast fullness, with no return of hot flashes, night sweats, vaginal dryness or other symptoms of low hormones.

Topical hormones should always be given below the umbilicus (belly button). They can be applied right below the belly button, or lower, below the "bikini line". Applying it below the bikini line is a good idea if there is testosterone in the BHRT - since testosterone may cause hair growth on the area it is applied (which is another good reason not to apply BHRT with testosterone on your breasts and arms).